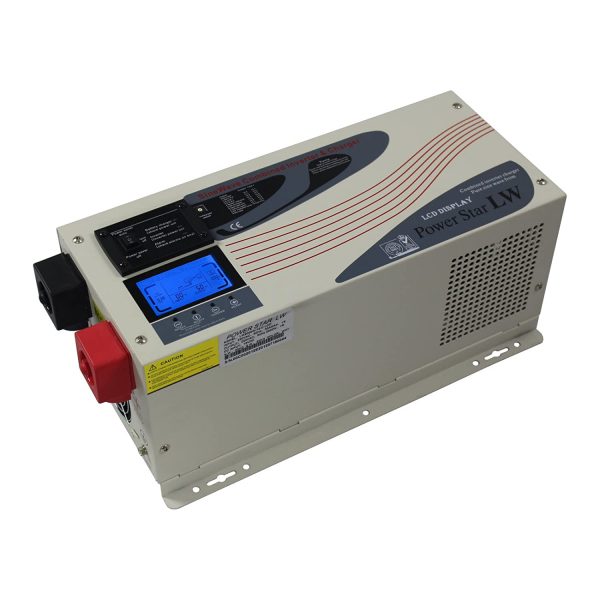 Photonic Universe are proud to offer this 3000W 12V low-frequency, pure sine wave inverter with an in-built 90A battery charger, and a peak power level of 9000W.

What is an inverter?

An inverter is a device which converts battery output (DC, or direct current) into 230V AC mains electricity (alternating current). 230V AC is the type of electricity supplied by utility companies to run standard domestic appliances such as a TV, fridge, radio, lights or to charge a laptop / mobile phone etc. If you have a battery, connecting a power inverter will enable you to power household appliances in areas with no access to mains electricity; such as in a motorhome, caravan, boat, farm or any other remote location. Inverters are also perfect for off-grid and back up systems for accidental power cuts.

What is a low-frequency inverter?

The 3000W nominal power and 9000W peak power ratings mean that this inverter is suitable for most household appliances (such as a fridge, microwave, TV, power tools, vacuum cleaner, kitchen appliances except a cooker etc).